Beyond Meat gets trial 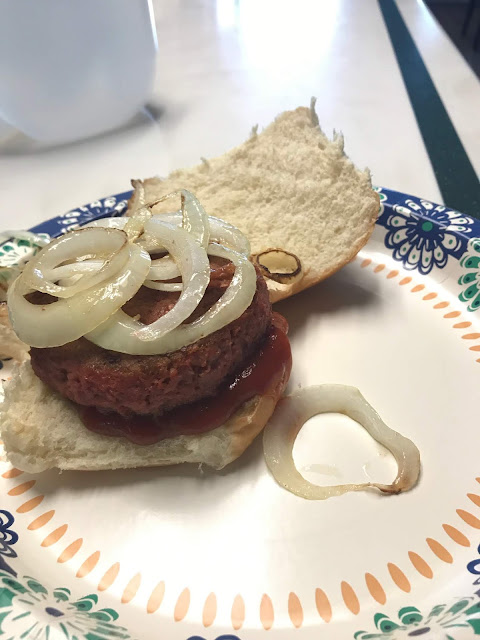 Had my first Beyond Meat plant-based burger today, courtesy of our vegan Jennifer. I was curious what it would taste like and how it compared to a traditional meat-based burger. I don't eat red meat so I am no one to judge, and I like vegetables on their own, that aren't trying to be something else.

But I fried one up (Kathleen opted not to join) and it was pretty good. Kathleen noticed that it was very red for a burger, and I reminded her that it was plant-based so no requirement to make it medium-well. Probably the red was from beet juice or something. It wasn't as dense and a little more uniform than the average meat burger. As I recall.

Three minutes on a side as the directions advised, a dash of ketchup and an onion and oh boy. Four on a scale of five. 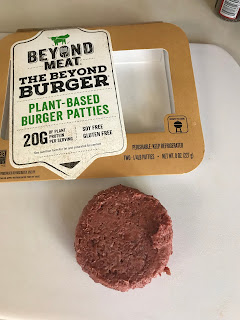 In the Bay Area, 111 Burger Kings now offer the Impossible ‘Whopper. Watch for it in your area!

We used to be big on Boca Burgers when the boys were young. They didn't taste too bad either. Don't even know if they are made now.

I like to fry up a turkey patty-organic, of course, for lunch. But then I have spelt bread to have it on, kind of spoils it.

The things we try, eh?

I've moved on from Boca Burger to a Thai-rice version of veggie burgers from Trader Joe's. Delish.