This article appeared in today's StarTribune, telling of the closing of Hai's father's St. Paul restaurant. His father has been retired for some years now. Hai, still under contract to the newspaper company he started with in the 90s, now lives in California and telecommutes from there.
He's been a great friend to our family since the 90s. 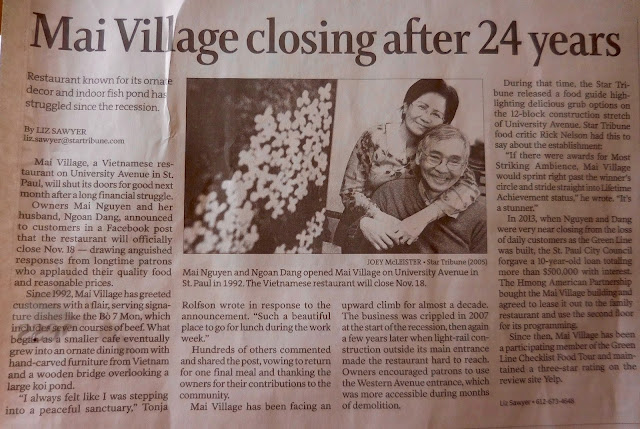 Today, Hai went deep sea fishing a mile off the coast of San Diego and pulled in these bright red rockfish. He pulled both of them up from a depth of 300 feet on a single line with two hooks. (that's legal) The eyes pop out due to the sudden change of water pressure. The fish should never be released back into the ocean. They are good-eating, clean white flesh, favorites of his mother and girlfriend.
While waiting for the bites, Hai watched the amazing actions of diving birds, plunging into the deep in hot pursuit of prey, wings tucked away like penguins. Sometimes dolphins chase schools to the surface to the delight of hungry gulls flying above. 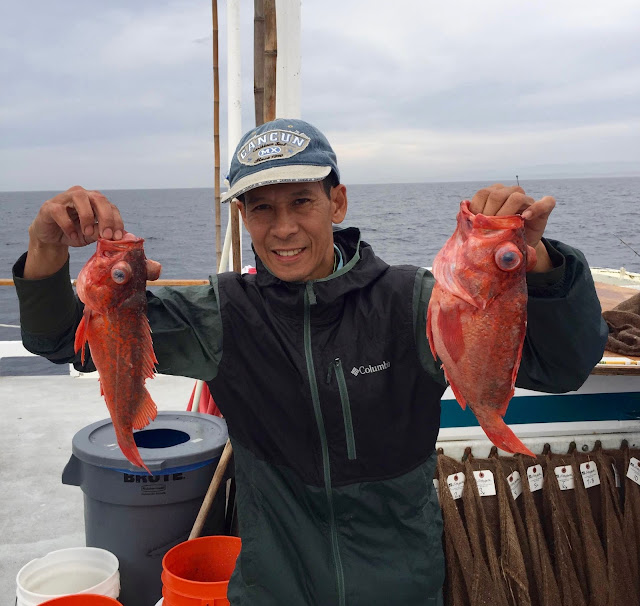